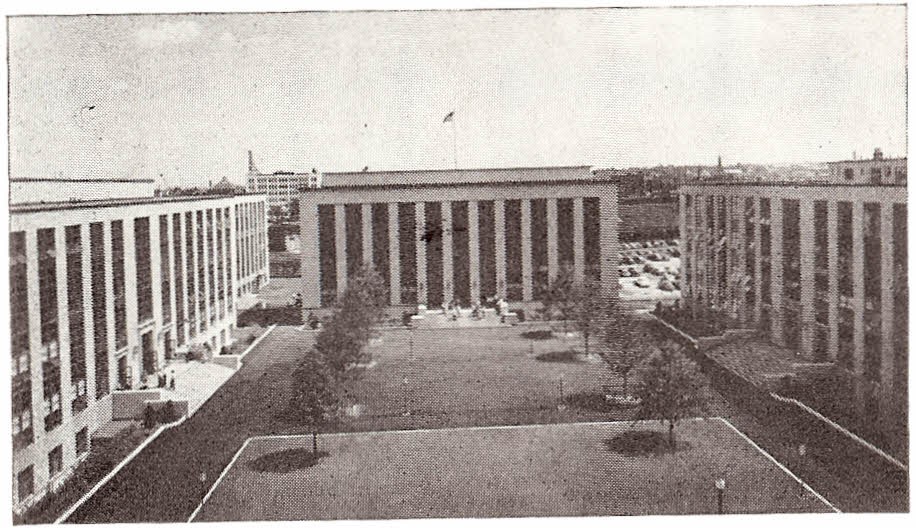 The possibility of forming a chapter of Pi Tau Sigma at Northeastern University was considered by a group of Seniors of the class of 1951. A petition was presented and the Northeastern Tau Kappa chapter was installed on April 12, 1952, by National Vice-President M. S. Gjesdahl and National Secretary-Treasurer D. S. Clark.

In order to promote scholarship the Chapter annually engages in such projects as awarding a copy of Mark's Handbook to the outstanding Sophomore, participating in freshman orientation lectures, and operating a Mechanical Engineering Workshop to help students overcome study problems.

In recent years, the members and pledges of the Chapter have been donating blood to bolster the short supply in the New England area. Presently, the Chapter conducts a Teacher/Course evaluation, the results of which are made available to the Mechanical Engineering students as an aid for course selections.

In the Spring, significant collaboration with the Northeastern Chapter of the American Society of Mechanical Engineers offered many opportunities to further the learning and professional development of the mechanical engineering student body. The MIE co-op mixer offered a virtual space for 150 MIE students to learn about different co-op experiences in different industries. A collaborative workshop series taught students many different skills like GD&T, kinematic constraint design, portfolio building, and more. An industry speaker series allowed students to learn about different industries from multiple companies like ASML, Form Energy, SpaceX, and NASA JPL.

Prior to commencement, we initiated 23 new members from three class years.

To finish off the school year, the annual Mechanical Engineering Professor of the Year award was presented to Professor Bridget Smyser for being the most impactful mechanical engineering professor in the department, as voted by the student body.

The majority of campus activity for the chapter this year was centered around collaboration with the Northeastern ASME chapter. We collaborated with members of ASME to create weekly engineering workshops in which attending students could learn engineering skills that are not covered in their curriculum. Additionally, there were a handful of networking events in which our chapter members and ASME members were able to co-mingle and network.

The majority of volunteering activities this year were performed on an individual basis by the members of the Northeastern Pi Tau Sigma chapter. There were a number of group activities planned for the late spring semester to get new initiates involved with organizations such as Haley House, Jamaica Pond Park Run, and the Greater Boston Food Bank. Unfortunately, the plans had to be cancelled due to the COVID-19 pandemic. However, the service opportunities and contact information were logged for future chapter events.

At this year’s initiation we were joined by 25 new initiates. Keeping up with tradition, our Professor of the Year contest was held, with Professor Mehdi Abedi winning for the third consecutive year.

In the Fall and Spring, we provided a number of volunteering opportunities for current and prospective members including NEPTUN, Fenway High School academic mentoring, and X-Cel STEM education.

Alongside our community service efforts, we provided workshop expertise in collaboration with Northeastern’s ASME chapter. These efforts included FEA instruction, a workshop on soldering, among others.

Prior to commencement, we initiated 16 new members from three class years.

In the Fall and Spring, we hosted five workshops for the Mechanical Engineering Workshop Series in collaboration with ASME. It was a new upperclassmen, student-led seminar series designed to bring practical skills learned on co-op to lowerclassmen.  We ran two soldering workshops, two MATLAB workshops, and one FEA workshop throughout the two semesters. They were a huge success with 25-35 students attending each workshop.

Intermixed with all the workshops, we also held some major community service events throughout the semester. Most notably, we participated in Northeastern’s Center for STEM Education day where we sponsored a table explaining the basic principles of how a hovercraft works. At the table we also provided a CD, push-pull cap, glue, and a balloon to build a mock hovercraft with the students. We also volunteered for Building Bridges Event at Northeastern where we explored different engineering disciplines and ran basic activities (specific to each major within the College of Engineering) with high school students interested in pursuing an engineering degree in college.