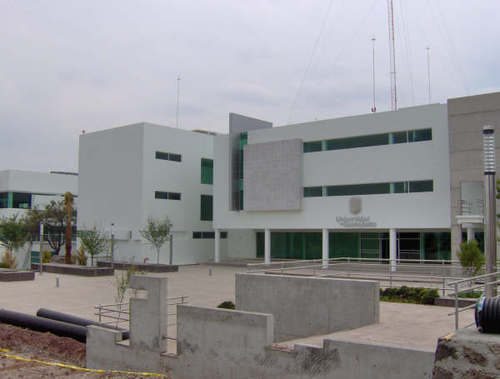 During this academic period, our world experienced change in all areas of daily life. However, in this report is recognized the effort, commitment and tenacity of the members and candidates of the Guanajuato Beta Theta Chapter for carrying out the various activities presented below.

Due to the pandemic, we made a social media campaign to promote the use of the mask with #WearAMaskChallenge. This campaign had a reach of 980 people.

We collaborated with the ASME-SOMIM society of the University of Guanajuato in the organization of the Virtual Mechanical Engineering Week, which included an International Symposium, a presentation by a collaborator of the SpaceX® Falcon 9 program, a forum where the impact of COVID-19 on the lives of students was addressed, and 4 recreational activities for participants, where they tested their skills in "Impromptu Design" and their knowledge in "La Batalla Final".

To encourage children to continue with their studies, the "E3-FAIR VIRTUAL" (Science and Technology Fair for Children) was held. Through a digital platform, 36 science-related videos were broadcasted, reaching approximately 4,000 children.

Mexico is a country full of culture and tradition; therefore, our Chapter organized activities related to the Day of the Dead, starting with the "Concurso de Disfraces" and the "Concurso de Alebrijes" where the imagination and skill of the participants were put to the test, and they made costumes and figures of fantastic animals with recycled materials.

The contest "Arte Abstracto muy Abstracto" was held in which participants recreated famous paintings and sculptures but personifying them in a comical way with materials they had at home.

The chapter offered five free virtual courses: programming in MATLAB®, Python®, writing and programming in Latex®, CAD modeling in SolidWorks®, and introduction to the Japanese language. A total of 136 people were trained.

In commemoration of Women's Day, we recognized two great female doctors and researchers from our campus in the event "Desde mi Experiencia", where two virtual conferences were held to inspire future generations to follow their dreams.

The social media campaign "Súmate a la Causa Pi Tau Sigma" was carried out. For two weeks an image was posted daily with ideas and recommendations with the aim of raising environmental.

In commemoration of the Day of the Book, we called for participation in the virtual campaign "Recomiéndame un Libro”. Whit all the submissions, eight videos were shared in social media and more than 20 books were recommended. This activity had a reach of about 8,000 people. 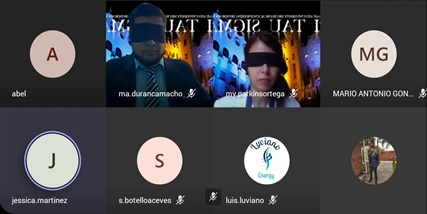 During this academic year, our chapter organized activities focused on supporting society in general and the university community. All our events and activities were made possible thanks to the collaboration and teamwork of the active members of our chapter.

After detecting problems in our community, events and activities were proposed that would help some of these problems. It was observed as high school students deserted their studies after finishing this stage, which does not help the progress of our nation. For this reason, the program "My College Friend" was carried out with the support of the directors and our advisors were able to make agreements to develop this program. The students of our university community were also key since many university students were needed. The objective is that through 5 visits per semester, the perspective of continuing studying will be changed for children who show indicators of not continuing with their studies.

Due to the low percentage of women who are studying engineering, a program called "women in engineering" was held, in which female high school students are invited to our campus. During this event, different activities are held, such as conferences by women engineers with high positions, games involving ingenuity, tours of the laboratories and workshops, and presentations of the different academic programs available on campus. It is expected that after this event more women will be interested in engineering.

Also thinking about the elderly, we made a program where 5 visits are made in the semester to the nursing home, during these visits we play with them  and tell us anecdotes, the idea is that they spend a good time with us, besides that in these visits we help with what they need. Another event that took place in the nursing home was a social gathering with some students, we bought typical Mexican food, played board games, and a female music group from the University of Guanajuato played some songs.

Among our activities is also the academic decathlon, which promotes knowledge of general culture through fun, this event is open to all audiences, teams of 5 students are formed. Different rounds are held, and the teams respond, at the end, the one who responds more correctly is the winner of a prize.

An event that is held every year by our student chapter, is the E3 Fair, although everything was already planned, this year due to the pandemic was not achieved. In this event we show projects made by students from our school to elementary children.

In our campus there is little musical development, due to the lack of support in spaces and instruments. Therefore, through many efforts we were able to buy a piano which we donated to our engineering division, for the use of events that promote music, as well as for students who want to practice or learn.