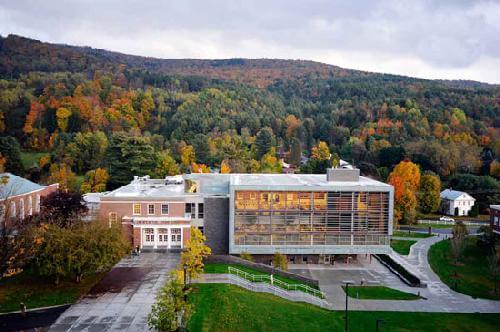 In the Fall of 2016, Norwich mechanical engineering senior Joana Athanasi expressed an interest in establishing a Pi Tau Sigma Chapter to Mechanical Engineering Department, Chair Dr. Jeffrey Mountain. Joana contacted the society secretary, Dr. Alex Moutsoglou, who provided her with the necessary forms, which she forwarded to Dr. Mountain. Dr. Mountain, originally a member of the Texas Sigma Rho chapter and the only Pi Tau Sigma member on the faculty at the time, prepared the petition documents, identified and contacted the eligible students and secured their signatures of support for a Norwich chapter. In addition, he secured the supporting signatures from all of the tenured and tenure track faculty, and letters of support from the David Crawford School of Engineering Director and the College of Professional Schools Dean. Dr. Mountain then included his own letter of support and donated the charter fee. The new chapter petition was submitted to the society secretary on November 9, 2016.

The Norwich University petition for a new chapter was overwhelmingly approved on November 28, 2016 and was designated the Norwich Beta Kappa chapter. Norwich Beta Kappa was officially chartered on February 25, 2017, at the 2017 Drexel Convention.  Joana Athanasi and Jessey Heigh, a qualifying ME Junior, accompanied Dr. Mountain to the 2017 Pi Tau Sigma Annual Convention at Drexel University to be formally inducted into the Society. In addition, the group from Norwich received the Charter document for the Norwich Beta Kappa chapter. With the nucleus of the chapter membership established, invitations were sent to all of the remaining eligible students. Of the 14 additional students eligible for membership and listed on the charter, 11 were inducted into the Society at the first Pi Tau Sigma ceremony held at the Norwich Campus on April 13, 2017; becoming the true charter members of the chapter.

In addition to the eligible student members, Drs. R. Danner Friend, Karen Supan, and Brian Bradke were invited the join the Society and were inducted as Honorary Members.

In the fall our chapter began the first semester initiations which entail a take-home exam, which familiarizes the initiates with Pi Tau Sigma, and shining the individual Pi Tau Sigma keys which helps spread knowledge of the society. To complete the exam, initiates must explore different parts of campus. To shine the key, students use different equipment in the campus machine shop, some of these pieces they would not normally see without this project. These activities are meant to spark curiosity and encourage conversation about Pi Tau Sigma within the campus community.

During National Engineers week (E-week), which began on February 18th, 2019, Norwich University held its annual E-week competitions. The engineering honors societies collaborate with the engineering faculty and staff to host a variety of competitions from egg drop to dodgeball to professor bowling. The different engineering disciplines at Norwich compete for bragging rights for the following year. This friendly competition promotes interdisciplinary relationships and a collaborative atmosphere between the different classes within the disciplines. This year, The Norwich Beta Kappa chapter of Pi Tau Sigma assisted in hosting multiple events, however the chapter planned the box stacking competition. The object is to stack as many boxes as possible without the tower falling. The competition worked on a points system within categories. The tallest would receive 3 points, the next tallest would receive 2 points, then next would receive 1 point and the shortest tower would not receive points. The other category was the number of boxes used, which was scored in a similar fashion. The event was quite popular even by many of the passer buyers wanted to participate. The mechanical engineers took home the gold both in this event and at the ceremony at the conclusion of E-week.

The year concluded with the spring initiation that followed the same patterns as the fall initiation.

The 2017-2018 academic year began with the fall initiation activities. These activities consist of a Pi Tau Sigma exam and the shining of individual bents. These activities serve the purpose of not only familiarizing the initiates with Pi Tau Sigma, but also spreading knowledge of the society. During the shining of the bent students are actively in the campus machine shop using various pieces of equipment to complete the task. In addition, when completing the exam, students must travel to parts of the campus to complete the exam. Both of these activities spark a curiosity in the campus community and force conversations of who and what Pi Tau Sigma is. This was also the case for our Engineers week activity.

During National Engineers week, which began on February 18th, 2018, Norwich University holds its annual Engineers Week competitions. The week consists of various activities from egg drops to dodge ball and professor bowling. These allow the various engineering disciplines at Norwich (mechanical, electrical, civil, and construction management) to compete for bragging rights as the best engineering class of that year. In doing so, an awareness for the importance of engineering and other stem majors is spread. This year, The Norwich Beta Kappa chapter of Pi Tau Sigma was able to host their own event. The event was called Toxic Waste. The object of the game is to take a bucket of “toxic waste” and drop in into a larger bucket. There is a slight catch though. No team member could enter the 4-foot radius circle that the toxic waste bucket was enclosed in, nor could they touch either of the toxic waste buckets. If one of the rules was violated a time limit where all work must stop was imposed, and that particular groups station would be reset. The materials that each group was given were an assortment of rubber bands, pipe cleaners, paperclips, tape, and string. The competition was conducted in one of the busiest places on campus during the evening hours in order to attract the most attention. The event was likened by all that participated, and even by many of the passer buyers that wanted to participate. Unfortunately, in this event, the mechanical engineers suffered a loss to the construction management team, but the event was a success. The year was concluded with one more initiation and a pizza party for the members and staff of the Norwich Beta Kappa Chapter of Pi Tau Sigma.