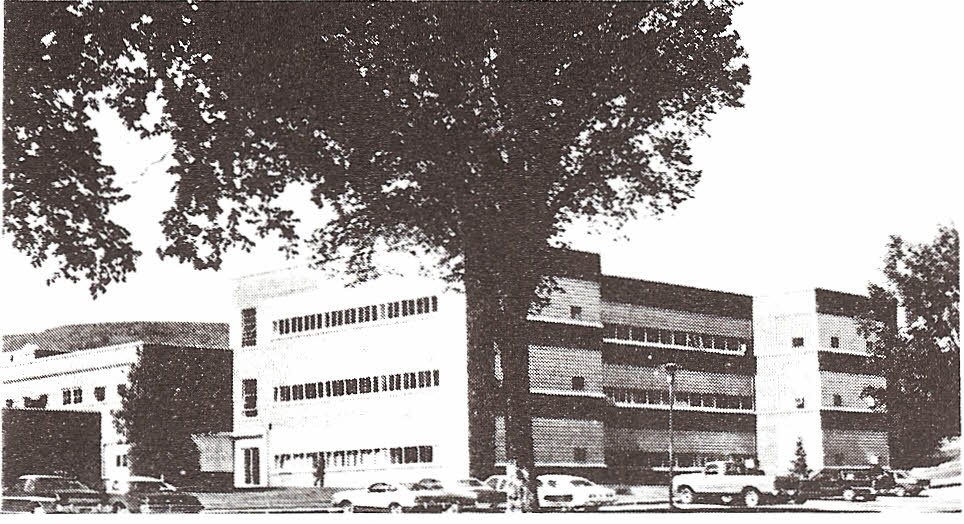 The constant growth of the department and the continued emphasis on excellence among mechanical engineering students led to the decision to petition the National Council for a chapter of Pi Tau Sigma honorary society to be installed at SDSM&T. Under the direction of Dr. C. E. Chiang, Department Head, Pi Tau Sigma was inaugurated in the spring of 1981.

The chapter was formally installed on April 3, 1981, with 34 charter members.Present at the installation were National President Alexander R. Peters, Vice-President John N. Crisp, and the Secretary-Treasurer Hudy Hewitt, Jr.

The already-active chapter has gained more members and has made plans for a contest for fund raising purposes. A system is also being developed to provide tutoring by both Pi Tau Sigma members and mechanical engineering faculty.

In October, we helped represent the South Dakota School of Mines and Technology’s Mechanical Engineering department at an event called Go To Mines! This was part of a series of open house events our university hosts for prospective students to learn more about our university and our various departments. PTS members answered questions about our experiences and general information.

In January, we ran a booth at our university’s Spring Student Organization Fair, offering information about our organization to students who might be interested in joining if eligible. We also participated alongside several also student organizations in the MLK Day of Service canned food drive for nonprofit Feeding South Dakota. Members of our chapter partnered with a grocery store to ask customers to buy and donate food items or cash. PTS collected 455 lb of food and $53.

The 2020-2021 academic year was filled with many challenges for South Dakota Phi Alpha chapterlike so many other organizations on campus. With the COVID-19 pandemic striking only a yearafter our chapter became active again, our already small organization was set back even further.With the pandemic preventing initiation in the Spring of 2020, our remaining members consistedof only officers. With four active members the challenge to keep our chapter alive became our focusover the 2020-2021 academic year. Restriction to meet in person prevented an initiation in Fall2020. A majority of the year was devoted to planning activities that our chapter could delve intoonce the pandemic was over. Thus, ideas of outreach at local elementary schools, tutoring, hostingdesign competitions, starting an annual ME tradition became the topic of discussion. The planfor tutoring is quite extensive and involves members to join the already well established tutoringsystem on campus and have a significant presence in tutoring other mechanical engineers. The MEdepartment at SDSM&T wants to start an annual event/competition/tradition that will endureso efforts were put into ideas and the logistics of what such an event would entail and how theSDSM&T Pi Tau Sigma Phi-Alpha chapter could host or help host such an event. Spring 2021allowed for the initiation of 6 new members to once again revitalize our chapter.

The South Dakota Phi Alpha chapter was reactivated at the South Dakota School of Mines and Technology Campus during the spring 2019 semester.  Thus, the 2019-2020 academic year represented the first full year of operation for the re-formed group. Our focus this academic year was to establish a presence on campus through departmental tutoring and student hosted workshop sessions.  However, the first order of business for this year involved working with the SDSM&T student association senate to draft chapter bylaws in accordance with university policy.  In late fall 2019, South Dakota Phi Alpha was officially accepted by the student association senate as a university organization. Earlier on in the fall, president Daniel Boe hosted an ``Introduction to Python for Engineers'' workshop session on campus.  A second such session was planned for the spring semester but was canceled due to the Covid-19 pandemic.  Also, beginning in spring 2020, SD Phi Alpha began hosting open tutoring sessions twice a week.  Unfortunately, these too were cut short due to the pandemic.  Two new members joined in spring 2020 by way of virtual initiation.

After a decade of dormancy, the South Dakota Phi Alpha chapter was reactivated at the South Dakota School of Mines and Technology Campus during the spring 2019 semester.  The effort to reform SD Phi Alpha was led by Dr. Nickolaus Bruno (Assistant Professor of Mechanical Engineering). In mid-January, Dr. Bruno obtained a list of qualified students in accordance with Article III of the Pi Tau Sigma Constitution. The first initiation was held on March 18, 2019.  Mechanical engineering faculty and PTS members Dr. Pierre Larochelle and Dr. Dan Dolan acted as chapter president and vice president for this initial ceremony. In addition to nine undergraduate students and two graduate students, Dr. Nickolaus Bruno was initiated as an honorary member so he could serve as the faculty advisor for the chapter going forward. Because of the logistics associated with reforming the chapter as an university recognized organization and the relatively late initiation, no chapter activities were held.  However, several meetings were conducted to begin discussion of future activities and initiation requirements as well as accomplishing the necessary organizational tasks before the semesters' end.