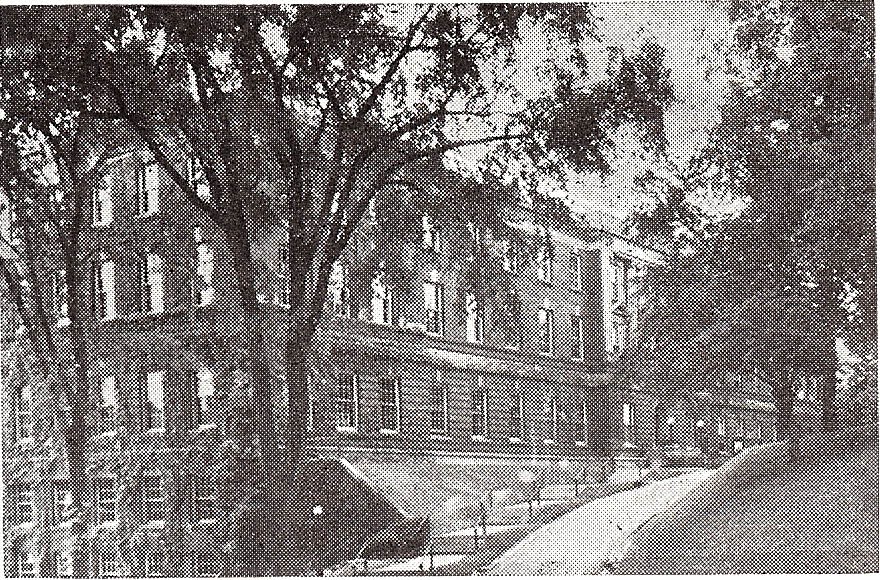 The officers of the 2018-2019 academic year worked to improve the chapter as a whole. Many events were planned for the fall semester in order to encourage greater participation from the general body and to make the chapter a stronger community with greater opportunities. In the spring semester, the chapter’s officers took a step back to reevaluate, finding a lack of chapter organization, resulting in low visibility and interaction, and then worked to improve the foundations of the running of the chapter. This was in part because Rensselaer Polytechnic Institute was adopting its required summer semester for rising juniors. An updated constitution and an updated set of bylaws began development this year and many organizational aspects continue to be updated. Unfortunately, this resulted in a slight drop off of activities from past years; however, a careful review of the governance of the chapter has allowed the current officers to make changes with the goal of improving the chapter for the future

In both the fall and the spring, the chapter held three general body meetings. At each of the general body meetings, upcoming events for the semester were announced and new event ideas were accepted. An additional information session for eligible students was also held for eligibles to learn about Pi Tau Sigma, Rensselaer Phi, and how to join. The past academic year, Rensselaer Phi had initiated twelve members on November 4th, 2018 for the fall, and nine members on April 14th, 2019 for the spring.

Activities throughout the year consisted of various volunteering, social, and professional opportunities. In the fall, an ExxonMobil invite-only information session was promoted by Rensselaer Phi for September 17th, and Rensselaer Phi hosted a Boeing company information session for PTS members on September 23rd. At the Boeing information session, members were able to learn more about opportunities at Boeing and make connections to help them succeed professionally. Rensselaer Phi also helped promote the local American Society of Heating, Refrigerating and Air-Conditioning Engineers (ASHRAE) chapter for interested members to foster community and networking among peers. In the fall, a bowling night was held for members to relax and get to know each other, and an escape room social where members exercised their ingenuity solving the puzzles of the room was also held. Both semesters, the chapter organized a volunteering event with a local animal shelter, the Mohawk Hudson Humane Society. There was a good turnout, with 12 members showing up in the fall and 4 in the spring, easily raising over $1000 and $600 respectively. Finally, the chapter took part in Honor Society Registration Advising Day, a joint honor society event organized by the school’s Upsilon Pi Epsilon (UPE) and Gamma Nu Eta (GNH) chapters during the spring semester. The event aimed to help rising sophomores and juniors with scheduling for the following semester by bringing the brightest students from all of the honor societies in for one-on-one individualized help and advice.

During the pledge program, each pledge must hand shine a sand casted bronze bent and complete at least two hours of community service, before the date of initiation. Several shining tutorial sessions are scheduled throughout the program’s duration. In the fall of 2017, the chapter initiated eighteen pledges on 12/3. In the spring of 2018, the chapter initiated six pledges on 4/22.

In both the fall and the spring, the chapter held three general body meetings. These meetings were open to all active and inactive members of the chapter. At each meeting, the upcoming events for the semester were announced and new event ideas were accepted. One of the main interests for the members was communicating with companies and gaining connections through information sessions. In the two semesters, we brought in multiple companies to come and give information sessions to our members in search for an internship or full-time job. In the fall, we hosted in Raytheon and MIT Lincoln Labs and in the spring, we hosted in Boeing and EthosEnergy. We also worked with ASME also hosted a studying event during the reading days before the week of final examinations. PTS provided attendees with back work and practice examinations to aid study efforts.

With regards to community service events, the chapter maintained its on-going relationship with the Sunnyside Daycare Center. In the fall semester, eleven members of PTS take a trip to the daycare center. The members split off into teams with some of the daycare children, teach them about a basic engineering concept, and then reinforce it with a hands-on activity. The event is about three hours in total. In the spring, we switched things up and went to the Mohawk Hudson Humane Society. Nine members attended the event. Together, we sorted the equivalent of one thousand dollars’ worth of recycling. To end the day we were able to hang out with the dogs at the shelter.