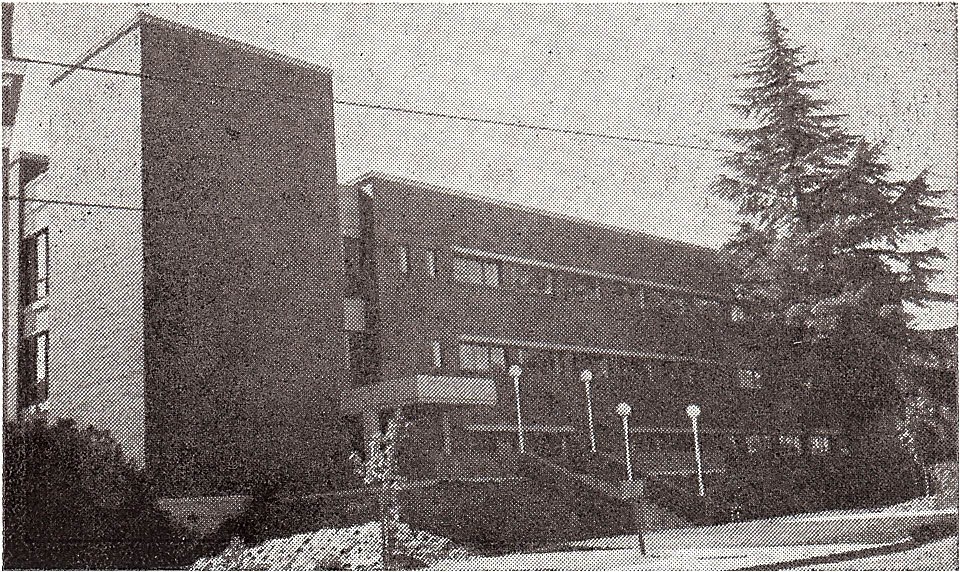 At Oregon State University the faculty waited until student interest grew and the student group had investigated other schools having chapters of Pi Tau Sigma before they encouraged the venture. After approval of the petition by the National Council and all active chapters, Oregon State Omega Chapter was formally installed on April 21, 1941, by National Vice-President 1. V. Martenis. Invitations had been extended to outstanding graduates of M. E. at Oregon State for membership as graduate members at any regular initiation for ten years.

Oregon State Omega Chapter follows the ideals of Pi Tau Sigma by supervising the annual election of the outstanding faculty member in Mechanical Engineering, as voted by upper-level M. E. students. Class pictures of mechanical engineering graduates are donated to the University for display in the engineering building.

While the Oregon State Omega chapter was not able to host as many events as initially planned for the 2020-2021 academic year due to COVID, the chapter still was able to provide a few fun virtual experiences for its members. On October 7th, the chapter participated in an information session about the various honor societies available at the College of Engineering (COE) at OSU. This was a 1-hour virtual event advertised to all COE students that explained what each COE honors society does and what the benefits of joining one are. On February 25th, the chapter co- hosted the annual MIME awards banquet with the Alpha Pi Mu industrial engineering honor society at OSU. This year was the first time the event was held online, and it went well with an attendance of about 40 people. All in attendance were given $15 Grubhub gift cards in place of the catered dinner that is typically provided. On April 1st, the chapter held a general body meeting so that recently initiated members would have a chance to meet each other and decide how they wanted the chapter to operate for the remainder of the academic year. Newly elected officers were introduced, members got to know each other through icebreaker activities, and a discussion was held as to how the chapter could better assist its members academically and professionally. On April 17th, the chapter sent Chapter Vice President Trent Kinion to represent OSU at the Pi Tau Sigma Virtual Convention. Trent reported it as being a very positive experience and he was able to help the chapter build connections with other Pi Tau Sigma chapters as well as professional industry partners.

This year the Oregon State Omega chapter held two inductions and gained several incredible new members. In addition to initiations, this year we held our annual Mechanical, Industrial, and Manufacturing Engineering (MIME) awards banquet. This banquet is hosted by the Omega chapter every year and serves to honor students and teachers who excel in their learning or teaching. Voting for those members in our community is completed by way of a survey that is sent to the entirety of MIME. The banquet is co-hosted with Oregon State’s Alpha Pi Mau (the Industrial Engineering Honor Society) and assists with tasks such as reserving the banquet hall and ordering the catered food. Two mechanical engineering professors, Dr. Bryony DuPont and Dr. Robert Paasch, were awarded with honorable mentions. Dr. Nancy Squires, a senior instructor at Oregon State University and the American Institute of Aeronautics and Astronautics (AIAA) faculty advisor was named Outstanding Faculty Member. The instructors that received these awards are just a few of the professors that play an integral role in Mechanical Engineering at Oregon State University.

Furthermore, the Omega chapter is working to develop more programs that help give back to our community. To start this initiative we coordinated with a local daytime drop in shelter to set up a supply drive for them. The Corvallis Daytime Drop-in Center (CDDC) is a 501(c)(3) that provides a variety of services to those in need such as the homeless population, low-income members, and those with psychiatric disabilities. The drive was held for three weeks and donation boxes as well as flyers were distributed across all the engineering buildings on campus. Since this was the first time that we have held a supply drive in a while, we were pleasantly surprised with the amount of community participation that was received. This supply drive has the potential to become an annual event and the Omega chapter will work to maintain it in the years to come.