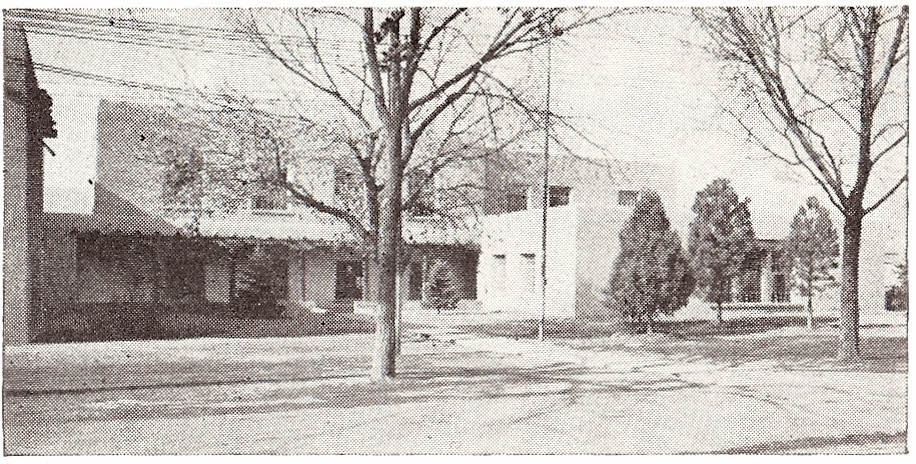 A petition for a chapter was submitted by the members of the class of 1948. It was approved by the chapters and National Council. New Mexico Pi Sigma Chapter was installed November 29,1948, by National Secretary-Treasurer D. S. Clark.

Each year the Pi Sigma Chapter recognizes two juniors for their outstanding achievements in their freshman and sophomore studies by engraving their names on a plaque displayed in the Mechanical Engineering Building and by presenting M.E. Handbooks to them. It cooperates with the Student Branch, A.S.M.E., and the College of Engineering in staging the Engineers Open House. A Pi Tau Sigma Library is maintained for the convenience of the engineering students.

New Mexico Pi Sigma collaborated with the American Society of Mechanical Engineers (ASME) and the American Institute of Aeronautics and Astronautics (AIAA) in a Friendsgiving event. The event aimed to bring together a group of societies to network and enjoy the initial academic year during the chaotic nature of the semester. The gathering brought a large group of Mechanical engineers together for sandwiches, potato chips, an assortment of pies, cake, and drinks. The event was extremely successful with a high turnout. It led to a formation of future events such as the Resume Building Night and a New Mexico Pi Sigma Skate Night.

To celebrate the end of the Fall 2018 semester, New Mexico Pi Sigma organized an ice-skating event for its members. The goal of the event was to get the chapter members out and to talk about their accomplishments over the last 4 months while having a little fun at the local ice-rink. This event had the largest turn out over the year and received a lot of positive feedback from the members. Future officers have been left lessons learned from the year and hosting more social events has been emphasized to boost chapter morale and event attendance.

One of the events that was really emphasized was UNM’s Spring Storm. This is an event put on by UNM to give back to the community by volunteering at local farms, food banks, and various other nonprofit organizations. New Mexico Pi Sigma had several members participate in this event, where we went to a local farm and helped spread mulch, clean animal pens, clean up weeds, and other various activities around the ranch. This event was awesome because it allowed us to give back to the community and connect with other organizations from campus. This event is hosted by UNM every year and should be a regular contribution from New Mexico Pi Sigma.