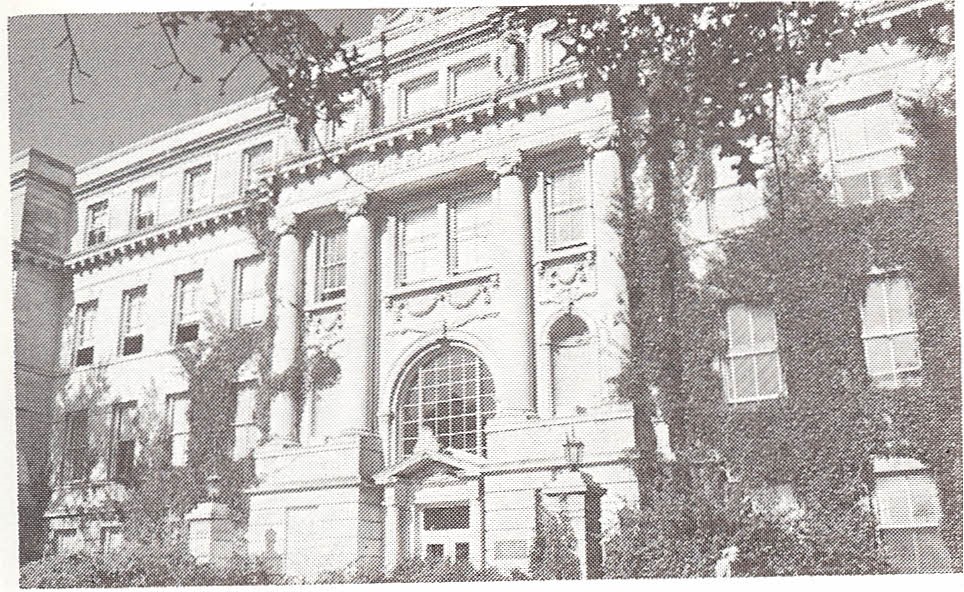 The Iowa State Pi Epsilon Chapter of Pi Tau Sigma was installed at the twenty-fifth National Convention held at the University of Minnesota, November 12-14, 1942. The chapter had its outgrowth from a group of interested students who petitioned the Mechanical Engineering Department in 1941, were granted. permission in the fall of 1942 and petitioned the National Council. Two delegates were initiated at the Convention by President H. E. Degler, Vice-President J. V. Martenis and Secretary-Treasurer E. S. Gray. The formal initiation of the other chapter members was completed on November 19, 1942, by Robert Case and Phillip Goddard who were initiated the previous week.

The Iowa State Pi Epsilon Chapter awards the highest ranking first quarter junior mechanical engineer and members serve on the committees and cooperate with the Mechanical Engineering Department and the Student Branch, A.S.M.E. and S.A.E.

During the spring semester, members of the Pi Epsilon cabinet had the opportunity to judge the projects of freshman students in a Mechanical Engineering core CAD course that each member took their first year of college. Cabinet members attended a few lecture sessions to watch and evaluate ten-minute presentations from the first-year students. This was a great opportunity to give feedback to younger students from the engineering knowledge our members have gained in their time at Iowa State University. This was also a great opportunity for younger students to hear about the organization before they become eligible for membership as juniors.