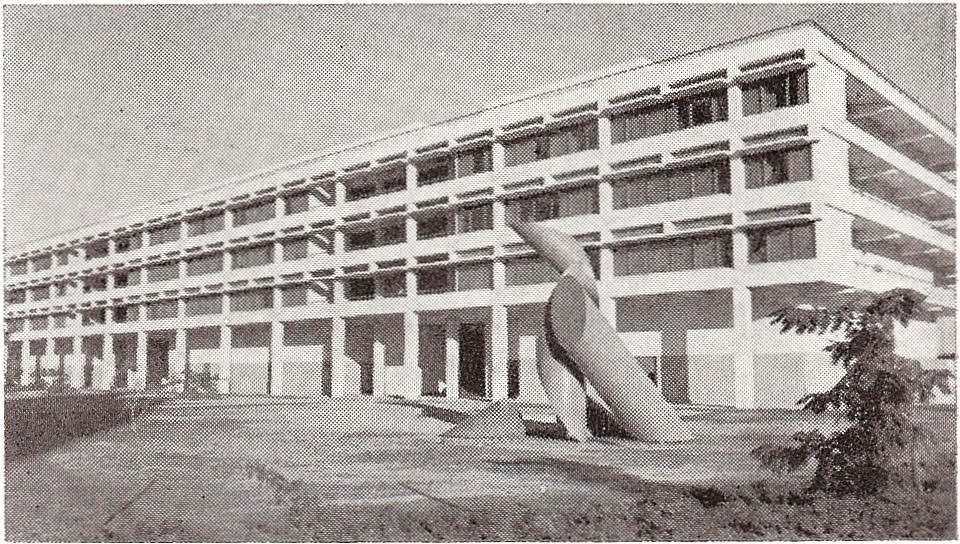 Interest in Pi Tau Sigma, kindled by Professor Hi Chang Chai, a member of Pi Tau Sigma, motivated a group of qualified upperclassmen in mechanical engineering to petition for a charter in the summer of 1968. The petition was approved by the National Council and the various chapters. On January 20, 1969, the charter was formally granted by National President Donald R. Haworth, former National Presided E. Kent Springer, and former National Vice-President Niles H. Barnerd at the traditional installation ceremony. This event was culminated with a banquet.

Hawaii Sigma Pi soon became an active body within the College of Engineering, working energetically with the various other engineering organizations. Completed projects over the past years have included displays at various State functions, numerous field trips as well as a few money-making projects. The Chapter actively participates in the sponsoring of Open House during Engineering Week providing numerous display as well as guided tours. In all of this chapter's endeavors, the major goals are the maintenance of the high ideal's of Pi Tau Sigma, the betterment of the mechanical engineering department, and the promotion of student scholarship.

In the 2021-2022 school year, Hawaii Sigma Pi initiated a total of 14 members pledges: Fall 2021 (8 pledges) and Spring 2022 (6 pledges). Events that were held this year were the Honor Society Challenge, volunteering for the Francis Montgomery Design Competition, tutoring of upper division engineering classes, and the pledge organized socials. The Honor Society Challenge was between Pi Tau Sigma, Eta Kappa Nu (Electrical and Computer Engineering), and Chi Epsilon (Civil Engineering). Pi Tau Sigma conducted the ice breaker and an egg drop challenge. The pledges were required to run a social and tutor two upper-level engineering classes to build relationships with the members and to help their fellow classmates in classes such as Dynamics, Thermodynamics, Solid Mechanics, and Systems Dynamics. This year, Hawaii Sigma Pi volunteered at the Francis Montgomery Design Competition which is a competition between the student groups of the mechanical engineering student capstone design class. Due to the disruption of the COVID-19 pandemic, Hawaii Sigma Pi had less of an active role this year. However, in the Spring 2022 semester, Hawaii Sigma Pi tried to prepare for the transition of an in person Fall 2022 semester. The officers discussed topics such as reviving older traditions, fundraising, community service, and social ideas.

Hawaii Sigma Pi maintained a high level of involvement with University of Hawaii College of Engineering activities throughout the year. In the fall the Freshman Challenge was held for incoming engineering students, where Hawaii Sigma Pi mentored a group tasked with constructing a cardboard vessel that would carry a person across an Olympic-sized swimming pool. The Alumni Association held a carnival-themed reunion known as Holmescoming, and Hawaii Sigma Pi provided a dartless balloon pop game. The University holds a robotics competition for local high schools in the fall, and members of Hawaii Sigma Pi volunteered to help by setting up, acting as judges, and cleaning afterwards. Hawaii Sigma Pi also collaborated with the University of Hawaii SAE chapter to hold a fall showcase of senior capstone projects for students that would begin their capstone class in the spring.

In the spring semester the Honor Society Challenge was held between the University of Hawaii chapters of Pi Tau Sigma, Chi Epsilon, and Eta Kappa Nu. Each of the chapters collaborated equally, and Hawaii Sigma Pi was responsible for developing a scavenger hunt, coming up with an icebreaker, and providing lunch. The College of Engineering also holds a Junior Engineering Expo every spring where local elementary students learn about engineering by participating in small projects developed by different student engineering clubs. Hawaii Sigma Pi provided a paper airplane project, and held a competition to see which could fly the farthest. Another showcase for senior capstone projects was held in the spring, this time with all the current projects presenting to students that would begin the class in the fall. Over fifty people were in attendance, including representatives from the Pacific Asian Center for Entrepreneurship to help students who were interested in continuing their projects into startup companies after graduation.

Our chapter also held its own community service and social events during the year. In the fall our members participated in a cleanup of the Makai Research Pier, then in the spring assisted the Waikiki Aquarium and University of Hawaii Department of Botany with removing invasive algae from a reef along Waikiki Beach. In the fall we hosted a luncheon for alumni and current members with over forty people in attendance, then an informal social event afterwards at the community center in a nearby neighborhood. In the spring our members visited a new virtual reality escape room in Honolulu and helped save Earth from being destroyed by a massive asteroid.

This year, Hawaii Sigma Pi initiated fifteen new members, six of whom graduated while one stayed as a graduate student. Next year, the chapter will have eleven undergraduate members and seven graduate members. Twenty seniors total graduated this year. Being surrounded by beaches in Hawaii, Hawaii Sigma Pi does a lot of beach clean-ups year by year. In the Fall, the initiates led a beach clean-Up effort at Sand Island, one of the most beautiful but littered beaches in Honolulu. The same goes for Ala Moana Beach Park, one of the most crowded and popular beaches in Hawaii, where the Spring initiates gracefully performed a beach cleanup.

For both semesters, initiates set meetings with and took senior portraits of all graduating seniors to form a large 24” x 36” congratulatory poster to be posted around the common areas in the college. The Fall had about ten seniors, while more than 90 graduated in the Spring. Fortunately, the initiates were able to include photos of almost 90 percent of the Spring graduates, which is a huge achievement.

Officers from our chapter designed and built a simple way to create a dart balloon game safer by putting the tacks on the target and the balloons in front of them. This game was presented at the Holmescoming Event, which welcomes back alumni and network with new friends and catch up with old friends, along with eating good food, getting drinks, and play some carnival games.

Pi Tau Sigma was at the forefront of a joint honor society challenge event held on campus, which involved all engineering honor societies at the university (e.g. Chi Epsilon and Eta Kappa Nu). Pi Tau Sigma was in charge of planning and executing team scavenger hunt and obstacle course activities while the other honor societies led a Jeopardy game along with a dodge ball game. Hawaii Sigma Pi won the crown and can defend the bragging rights next year. Not only was it a fun and relaxing day working together with fellow initiates, our initiates were able to meet and network with students just like them in the other branches.

The initiates in both semesters are also given an opportunity to brainstorm ways to improve the Mechanical Engineering department at our university. They can then spend the whole semester to plan and execute the idea. In the Fall of this year, the initiates built a mobile tool box to make finding tools around the shop area easier. In the Spring, the initiates put a white board on the shop area as well, so that students working on their projects can easily make calculations and write down project tasks on the board.

Last but not least, Hawaii Sigma Pi’s annual senior design showcase attracted an attendance of over fifty underclassmen as well as presentations from eight different senior projects such as Formula SAE and Human Powered Vehicle. Four underclassmen were also given the opportunity to pitch their ideas for senior projects and start recruiting their teammates.