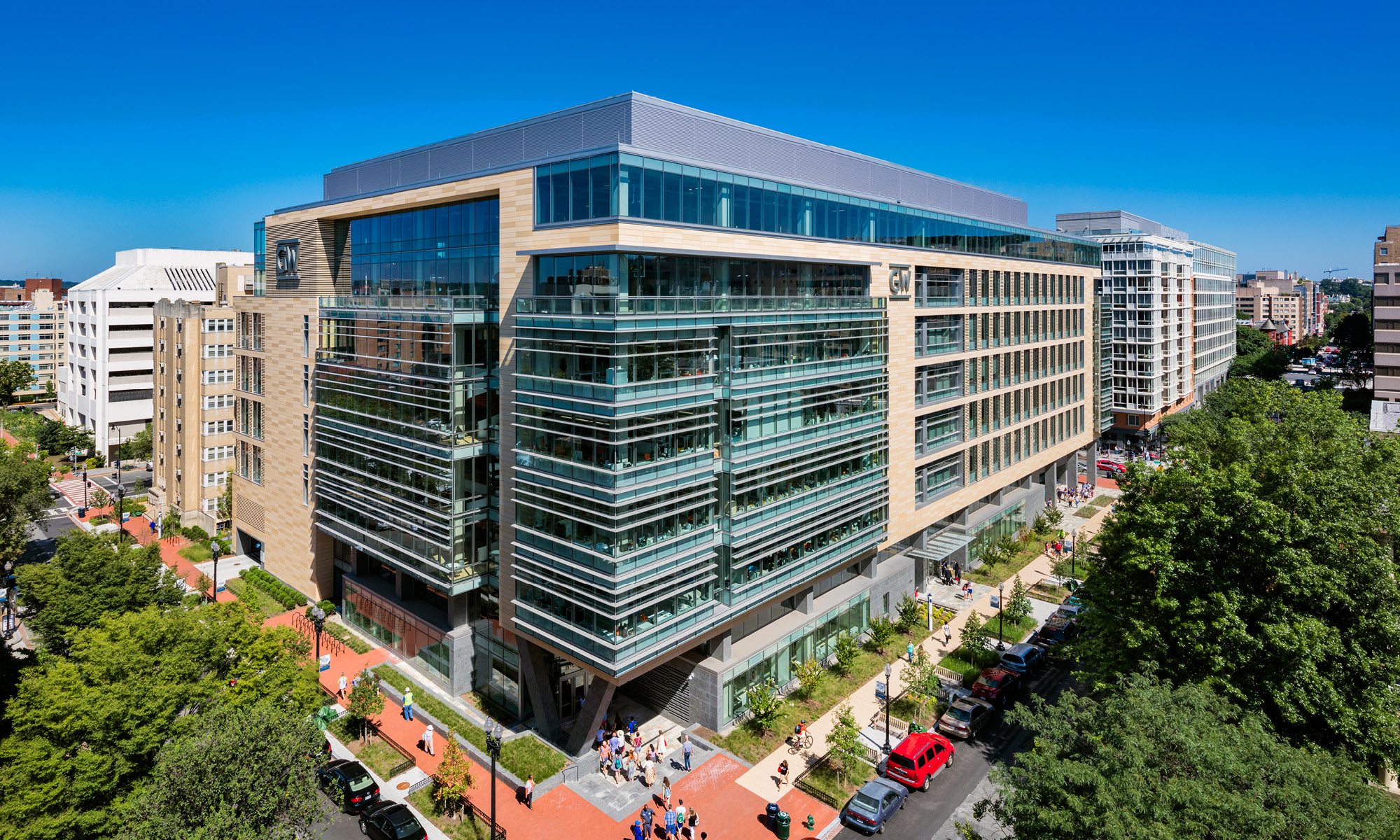 Professor Kaufman submitted a petition which was endorsed by ten faculty and twelve students. Following notification of approval on October 31, 1980, the chapter was installed on April 24, 1981. Charter initiates included nineteen undergraduates and five honorary members.

The George Washington University Phi Gamma chapter of Pi Tau Sigma enjoyed a successful year of inducting new members and rebounding from almost two years of online learning. Virtual learning made it very difficult for our chapter to recruit new members, pass on traditions and organize or participate in events. This year has focused on gaining as many new members as possible and reviving the initiation traditions that were missing from online learning. In the fall we inducted three new members, two juniors and one senior. This was our chapter's first in-person induction ceremony in over a year and a half and was an excellent opportunity for all Pi Tau Sigma members to socialize with each other. In the spring we inducted an additional three new members: two seniors and one junior.

With our new members, we hope our chapter will once again be able to hold in-person events and activities with other engineering organizations at GW for the first time since returning to in-person learning. For example, we hope to start a tutoring program where Pi Tau Sigma members tutor younger mechanical engineering students in all of their courses. We envision a set number of weekly hours where Pi Tau Sigma members gather to assist anyone with homework or studying. We believe that this is now more feasible since we are back in person for classes and restrictions due to the pandemic are reduced. We are proud of our chapter’s resilience during a trying few years and are excited to see what we can do in the future.

During the 2018-2019 academic year, the George Washington University Phi Gamma Chapter of Pi Tau Sigma has strived to uphold the ideals of the honor society by pursuing academic excellence and high regard within the Mechanical Engineering department.  Over this year, the Phi Gamma chapter has done this by working to recruit new members and talk to others about the opportunities presented by Pi Tau Sigma.

The Phi Gamma Chapter has inducted new members in both the Fall and Spring semesters of the 2018-2019 year.  Six undergraduate students were inducted into our chapter, four students in the fall and two students in the spring.  At the induction ceremonies, new members were able to socialize with our executive board about the organization and the types of opportunities Pi Tau Sigma can offer.  These events also serve as a way for new members to be welcomed into the organization by existing members to build a sense of community within the chapter.  Both induction ceremonies were catered for the new inductees to encourage everyone to stay afterwards and meet one another.  This year we were fortunate enough to have the Mechanical Engineering department chair, Dr. Michael Plesniak, in attendance at our Spring Semester induction ceremony.

Two students from the Phi Gamma Chapter went to Colorado State University to represent the chapter at the 2019 Pi Tau Sigma National Convention in Fort Collins, Colorado.  They were able to socialize with other members of other chapters and talk about the types of events and activities each chapter organizes during the year.  In addition to this, they attended numerous events that were held at the conference such as the AutoDesk Fusion design competition, career fair, and the professional discussion panel which included Jim Turner from NASA’s Marshall Space Flight Center and Matthew Todd of Wolf Robotics. One event they found particularly interesting was the factory tour of the New Belgium Brewing Company, which aims to create more sustainable brewing practices.

Outside of the classroom, the Phi Gamma chapter raised funds in order to pay for graduation regalia for the graduating members of Pi Tau Sigma.  Over two separate events, funds were raised to give each of the eight graduating seniors desired regalia as a token of their hard work and achievement.  Additionally, several members of the Phi Gamma chapter were involved with the Mechanical Engineering department as tutors, teaching assistants, and graders working with professors.

Over the last academic year, the George Washington University Phi Gamma Chapter of Pi Tau Sigma has made it its mission to emphasize our own excellence, both inside and outside of the classroom.  We as an organization have realized that the engineering profession is not only based on our own academic excellence but how well we can positively impact the community as well.

The Phi Gamma Chapter has inducted new members in both the Fall and Spring semesters of this year.  Ten undergraduate students were inducted into our chapter this year, six students in the fall and four students in the spring.  At these events, new members were able to talk informally with our members about the organization and what it has to offer to them. These events also serve as a way for new members to be welcomed into the organization by existing members in order to build a sense of community within the chapter.  This year, both of the induction ceremonies were catered for the new inductees to encourage everyone to stay afterwards and meet one another.

Two students from the Phi Gamma Chapter went to the University of Miami to represent the chapter at the 2018 Pi Tau Sigma National Convention.  They were able to socialize with other members of the honor society and discuss the kinds of events other chapters hold for their members and new inductees.  In addition to this, they attended numerous events that were held at the conference such as the AutoDesk Fusion workshops and design competition, career fair, among other events.  The two students also participated in the voting for the three motions that were addressed at the conference, voting to increase induction fees for new members and not require an engineering degree for honorary members.

Members of our chapter have also been deeply involved in the Mechanical Engineering department at the university.  Several students in the Phi Gamma chapter lent themselves to the department as tutors, teaching assistants, and graders.  Some students have also been involved in department research, working diligently with professors on various research projects.  To conclude the semester, elections were held in April in order to select the new leaders of our chapter.  These new leaders hope to pursue more events in the coming year to help the Phi Gamma chapter to have a more active presence at George Washington University in the future.