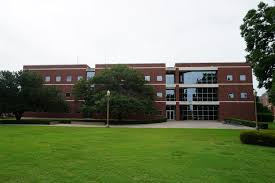 Shortly after the Department of Mechanical Engineering was officially established in 2006 at Baylor University, Drs. Steve McClain and William Jordan petitioned the Pi Tau Sigma Board of Directors to establish the Baylor Beta Beta Chapter of Pi Tau Sigma. This petition was supported by Dr. Ben Kelley, the Dean of the School of Engineering and Computer Science, and signed by 16 undergraduate mechanical engineering students. In the spring of 2009, the Baylor Beta Beta chapter of PTS inducted 15 undergraduate students and one honorary member in Dr. William Jordan, the chair of Mechanical Engineering. Dr. Steve McClain initially held the distinction of interim faculty advisor and was voted as the first official facility advisor by the initial members of the organization.

The Baylor Beta Beta is involved with tutoring and organizing professor-led review sessions for the FE exam for the mechanical engineering students. The group has also been regularly involved with leading stem-challenge activities with the girl scouts and local elementary schools. Social activities include an annual tour and star-gazing party at the Meyer Observatory near Clifton TX and an annual Christmas party. Additionally, active members traditionally treat the new initiates to ice cream following the two annual initiation ceremonies.

The Baylor Beta Beta Pi Tau Sigma chapter remained active and involved within the Engineering and Computer Science community within Covid-19 regulations when regulations were in place. Induction ceremonies were carried out in person. For our chapter Fall initiation, five new members were inducted. For our chapter Spring initiation, four new members were initiated. To build chapter/student body involvement, Beta Beta held several community events to include informational sessions for companies and academics, volunteering opportunities, and hosting a Pi Tau Sigma table during larger Baylor community events. Beta Beta hosted SpaceX from McGregor, TX once each semester, these sessions resulted in several interviews and internship opportunities for the Beta Beta and Baylor Student body communities. Beta Beta also hosted an FE informational session which presented materials and resources to interested students. During Baylor University informational nights, where several clubs can host tables to meet and greet underclassmen. Pi Tau Sigma Beta Beta hosted a table to inform underclassmen of the opportunities of joining Pi Tau Sigma if they keep their grades up and later receive an invitation. In hosting a table, we hope to make Pi Tau Sigma more prominent in the Baylor community for future semester of the organization. Volunteering and service was a big emphasis this last year. In the Spring semester Beta Beta visited and worked at the Caritas of Waco Food Bank 4 times and the associated thrift store 2 times. Additionally, fun events such as four-square in front of the engineering building and a ranch party that was co-hosted by the Aero-Astro club provided additional opportunities for the Beta Beta students to socialize and network. Our members are continuing on as a stronger community.

The Baylor Beta Beta Pi Tau Sigma chapter remained active and involved within the Engineering and Computer Science community within Covid-19 regulations. Induction ceremonies were carried out in a social distanced and virtual manner using Zoom. For our chapter Fall initiation, six new members were inducted. For our chapter Spring initiation, four new members were initiated. To build chapter member cohesion, the Beta Beta chapter held a virtual game and trivia night where our members got the opportunity to interact with one another and have a good time. As a group over zoom, the chapter watched virtual TED Talks and took time to discuss and converse together during the Zoom conference. For socially distanced volunteering, Beta Beta held an event that started with letter writing to elderly persons at a local nursing home and ended as a study night for members. A chapter picnic was held in the park on campus to encourage member interaction and engagement while keeping social distancing in mind. Pi Tau Sigma Beta Beta has managed to maintain a strong community spirit despite the challenges of the Covid-19 pandemic, and as the restrictions and challenges of the pandemic slowly begin to fade, our members are continuing as a stronger community as a result.

The Beta Beta chapter was actively involved in the ECS community this academic year. Ten new members were initiated at the fall induction ceremony, and three more were initiated in the spring. An ice cream social followed the fall induction ceremony for the members to get to know one another. The chapter again had a table at the Beach Bash event held by Baylor's School of Engineering and Computer Science to inform new engineering students about the chapter. We held a Christmas party at the home of the faculty advisor, which included bent polishing. The chapter hosted a game of four square once a week outside of the Baylor engineering building to build community amongst members and other engineering students. The president of the Beta Beta chapter attended the national convention at RIT in New York. A few other planned activities were unfortunately cancelled due to the COVID-19 mandates at the end of the spring semester. The chapter was going to hold a ranch party at the faculty advisor's ranch as well as visit the Meyer Observatory. T-shirts and stickers were designed and purchased to be sold as a fundraiser, but we were unable to start selling them. Other possible events that were discussed were a professor research highlight and lab tour at the Baylor Research and Innovation Collaborative building, FE exam preparation, and volunteering at the Girl Scout's STEM Day. The activities of the Beta Beta chapter of Pi Tau Sigma helped to promote community and inspire the next generation of engineers.

The Beta Beta chapter of Pi Tau Sigma played an active part in the ECS community this year. There was a fall induction ceremony in which eighteen new members joined Pi Tau Sigma.  Following the ceremony was a social outing to get to know the new members.  We attempted to host an induction in the spring as well, but with the large induction class of the fall, we did not induct any new members in the spring. We hosted a booth at the Baylor ‘Beach Bash’ event once again to make our presence known to new engineering students on campus. We also held a Halloween party at our faculty advisor’s house to celebrate and develop community amongst ourselves. The Beta Beta chapter supported the Girl Scouts STEMfest once more by demonstrating engineering principles through marshmallow and coffee stirrer towers. In the spring, the chapter president attended the national conference at CSU Fort Collins. We also took a tour of the Meyer Observatory that is run by a retired Baylor professor. These activities that the Beta Beta chapter of Pi Tau Sigma have taken part in have helped us grow in the Baylor ECS community as well as amongst ourselves to support our future engineers.

The Beta Beta chapter held a representative position within the ECS student organization council for the entire academic year. There was an initiation ceremony in both the fall and the spring.  The Chapter had a table at the “Beach Bash” event, which is the Baylor Engineering Organization fair for all new students. Pi Tau Sigma also hosted a Christmas party and a campfire cookout for members at the home and ranch of the faculty advisor respectively as well as went on an observatory visit. In the spring the chapter hosted a key polishing event at the marina near campus. The president of the Beta Beta chapter attended nationals in Miami.  One of the other officers led a group of volunteers and they helped at the Girl Scout’s STEM Awareness Day. The chapter also reserved study rooms for group study sessions during midterms and finals in both the fall and spring semester.  Near the end of the spring semester, the chapter assisted in the Baylor ECS “Rogers Goes Outside” event as a sponsor and by helping to tear down and clean up after the event.  These programs allow the Beta Beta chapter of Pi Tau Sigma to contribute to the Baylor community as well as encourage younger students who will soon become the next generation of engineers.