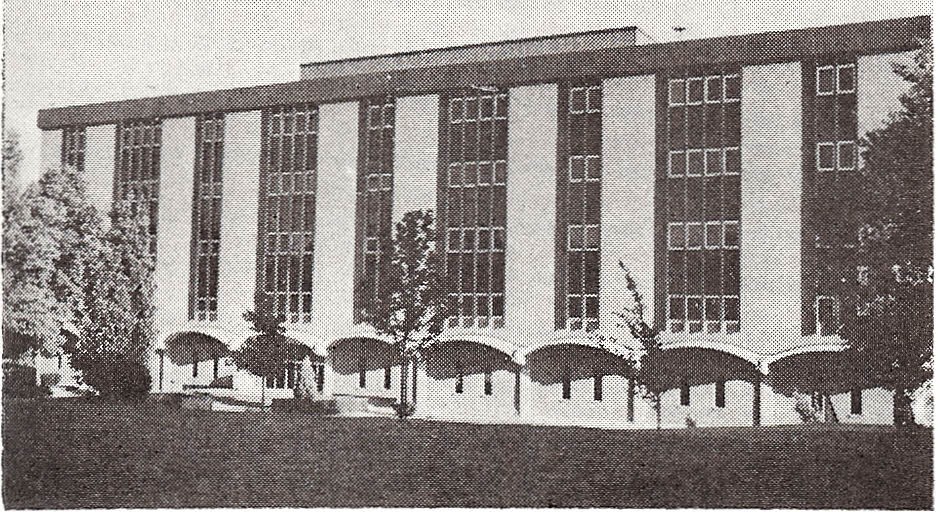 The University of Dayton Delta Nu chapter had a very challenging and successful 2021-2022 school year. The challenging part was figuring out how to obey school guidelines facing Covid-19 while being involved in the Dayton community. The year began with our first meeting in September where the chapter established goals for the year. The two (2) main goals of the year were decided to be community outreach and getting to know everyone in the chapter since the past two years prevented that. We initiated twelve (12) new members during the Fall 2021 semester. In addition to Fall initiation, two (2) Pi Tau Sigma informational sessions for eligible students were held prior to initiation. The first community service project the chapter volunteered for was Christmas on Campus. During this event, the goal was to teach children about the importance of structure and shapes while using marshmallows and sticks (dry pasta). There was a competition to see who could make the tallest tower.

At the beginning of Spring 2022, a social event was held so all members would be able to get to know each other. This social event included bringing in past members to share about their careers. This doubled as a social and networking event. In the middle of the spring semester, members volunteered as judges for the St. Charles Borromeo Science Fair. This was really fun because the chapter was able to see how excited the kids were about STEM. Each member judged five to eight science fair projects and left feedback so the child would be able to improve for next year. Scoring was based upon the grading rubric and scorecard provided by the school. Unfortunately, The University of Dayton did not allow Fraternities to travel, so we were not able to attend the Pi Tau Sigma Convention in Chicago. In April, a new class of twelve (12) members was initiated into Pi Tau Sigma. There was one (1) informational meeting held prior to initiation. In May, the chapter got together for one last meeting of the year. In this meeting, we discussed the goals we achieved and decided upon the future leadership of the Delta Nu chapter. Finally, members of Pi Tau Sigma continued their annual tradition of selecting the University of Dayton’s Mechanical and Aerospace Professor of the Year. During this process, Pi Tau Sigma members were asked to submit nominations for the award. Then, these nominations were combined into one form and sent to all students studying Mechanical and Aerospace Engineering at UD. After receiving more than 150 votes, Dr. Carson Running was voted as the Mechanical and Aerospace Professor of the Year. Dr. Running will receive a certificate for this award and will have his name engraved onto the Mechanical and Aerospace Professor of the Year plaque. Overall, this year was a great bounce back from the pandemic year because we added twenty-four (24) new members, we were able to gather, and make an impact on our community for the better.

The University of Dayton Delta Nu Chapter of Pi Tau Sigma was proud to expand our member size from 14 to 59 members during the 2020-2021 school year. In addition to virtual Fall and  Spring Initiations, three (3) Pi Tau Informational sessions for eligible students were held prior to both initiations. In the Fall of 2020, there was an initial Fall PTS Welcome and Presentation for current, returning members of Pi Tau Sigma. During this meeting, students discussed their interests in Mechanical Engineering, professional development, and volunteering. The first presentation held by Pi Tau Sigma for Fall of 2020 was a University of Dayton Grad School Application presentation held by Dr. Kim Bigelow, the Graduate Program Director for the Department of  Mechanical and Aerospace Engineering, as well as the Advisor to Pi Tau Sigma. During this presentation, Dr. Bigelow provided an overview of UD’s graduate application process, details of the graduate programs available through the Department of Mechanical and Aerospace  Engineering, tips for students applying to graduate programs, and an opportunity for students to engage in Q&A afterward.

In the Spring of 2021, members volunteered as judges for the St. Charles Borromeo Science Fair. Volunteers reviewed 6 to 8  pre-recorded presentations and scored per the grading rubric and scorecard. In addition, an event was held for students to learn more about the Notre Dame ESTEEM Program by a recent UD  alum, Nathan Brown. During this meeting, students were provided an overview of the program and engaged in a Q&A session afterward. In the next Spring 2021 Pi Tau Sigma event, Dr.  Myszka, a professor at the University of Dayton and employee at Emerson, presented a  Mechanical Design and Emerson overview presentation along with a Q&A presentation afterward. During this presentation, students learned about the mechanical design work being completed at Emerson, co-op opportunities, mechanical design overview, testing procedures, and discussion regarding the benefits of CAD applications and system simulations as mechanical engineers. Lastly, members of Pi Tau Sigma continued their annual tradition of selecting the  University of Dayton’s Mechanical and Aerospace Professor of the Year. During this process, Pi  Tau Sigma members first submitted up to three (3) nominations for the award. Then, these nominations were combined into one form and sent to all students studying Mechanical and  Aerospace Engineering at UD. After receiving more than 200 votes over a week period, Dr.  Rydge Mulford was voted as the Mechanical and Aerospace Professor of the Year. Dr. Mulford will receive a certificate for this award and will have his name engraved onto the Mechanical and  Aerospace Professor of the Year plaque, which resides year-round in the Mechanical  Engineering Department.