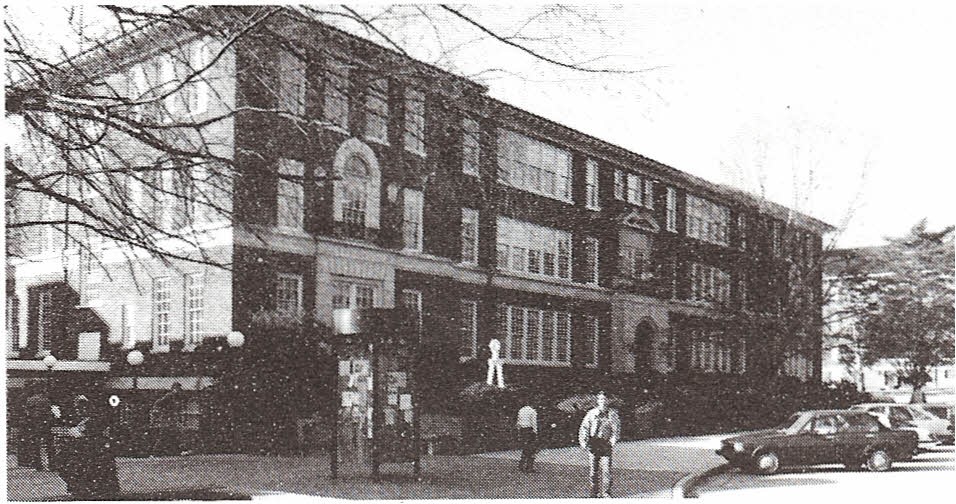 The Phi Kappa Chapter of Pi Tau Sigma was instituted at Clemson through the efforts of Dr. C. E. G. Przirembel, Head of Mechanical Engineering, on September 10th, 1984. Twenty-seven student members and two honorary members were initiated at the ceremony that was presided over by Dr. Hudy Hewitt, Jr., National President of Pi Tau Sigma. Also present at the ceremony were Dr. Edwin I. Griggs, National Secretary-Treasurer, Dr. W. Walter, National Vice-President, and several faculty members, all members of Pi Tau Sigma.

The chapter is involved in a number of activities. The members serve as guides for the annual Orange Carpet Day laboratory tours given for prospective freshman who are academic high achievers. They also assist in introducing freshmen to the mechanical engineering curriculum and the departmental laboratory facilities. The chapter is developing a newsletter to inform the departmental alumni of the unique features of the undergraduate program, the academic achievements of the students, the expanding research program and facilities, and the contributions other departmental alumni are making to their profession and community. The chapter is also assembling an advising handbook for the undergraduate students. The members are actively participating in maintaining a display of faculty research activities. In summary, the chapter is committed to fostering academic excellence in the various departmental programs.

At the beginning of the year, an officer election was held to replace the former vice president who had graduated. The officers from the previous year remained in their positions along with other members volunteering to help when some officers were away from campus while on a work co-op experience.

Each of the officers also attended several informational meetings to meet with the candidates interviewing to become the new Mechanical engineering department head. Officers from each of the Mechanical Engineering professional organizations as well as faculty and staff helped to hire a new department head to begin their job at the start of the next school year.

Throughout the year, social events like a department game night with free bowling, billiards, and food were held to have students come together for a good time. Departmental student organizations also worked to organize nights to see local minor league baseball and hockey games, but ultimately fell through due to a lack of committed interest. These social events were put on in hopes of increasing student participation in organizations.

The major event put on every year by the Clemson Phi Kappa chapter is the Pi Tau Sigma Mechanical Engineering Awards Banquet. This banquet is put on by the Pi Tau Sigma chapter alongside the mechanical engineering department, including the other professional student organizations. Throughout the year, sponsors and donors were found to help provide awards and scholarships. This event recognizes the achievements of those in the mechanical engineering department, including undergraduates, graduate students, and faculty and staff. Each year, a speaker is invited to talk about a topic of their choice during the dinner. The speaker for this year was Dr. Sez Atamturktur, former professor and current director of the Office of Research and Development at Clemson University. She had recently been accepted to the Higher Education Research Services (HERS) Institute at the University of Denver, a program to help lead the advancement of women in STEM. Her presentation centralized around her research as well as her interest of women in STEM. The night was very successful and many students, their families, and faculty and staff had a fun night where they all were able to interact and enjoy a great dinner together recognizing the hard work of all those within the department.