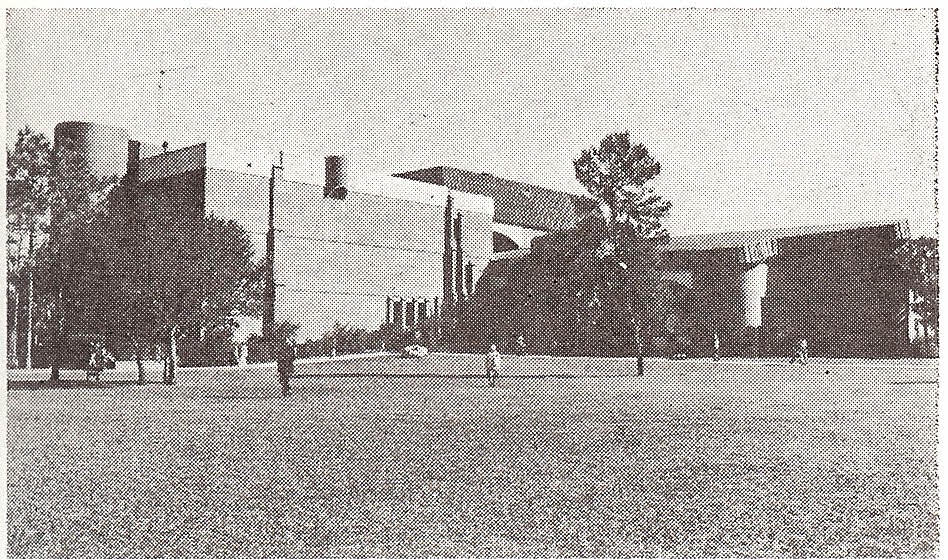 In the fall of 1977, a group of mechanical engineering students petitioned the National Council for a chapter of Pi Tau Sigma, with the encouragement and support of Dr. Ronald Evans, Department Chairman of Mechanical Engineering and Dr. Robert Kersten, Dean of the College of Engineering. The petition was approved in the spring of 1978. The Florida Tech Delta Sigma Chapter was formally installed by President Suresh Chandra, Vice-President Joseph Gartner, and Secretary-Treasurer Hudy C. Hewitt, Jr. on June 2, 1978.

In addition to representing the high ideals of Pi Tau Sigma and the engineering profession, the Delta Sigma Chapter actively participates in the functions of the College of Engineering and the Mechanical Engineering Department. The chapter is involved in the planning and organization of the Annual Engineer's Fair. In coordination with the other honorary fraternities in the College of Engineering, the chapter participates in a joint honors banquet held after initiation of new members. The chapter also works in cooperation with the ASME chapter on projects and field trips.

It was certainly an exciting year for the University of Central Florida’s Delta Sigma Chapter of Pi Tau Sigma. During the Fall 2019 semester, the officers took much time to plan service opportunities involving members. These included opportunities related to STEM education and environmental advocacy. The events for STEM education included: coordinating with UCF to participate in STEM Day, and supplying skills workshops to teach engineering students computer-aided design and resume construction. For environmental advocacy, we planned to work with an organization known as Keep Brevard Beautiful to help curb the magnitude of pollution on the Atlantic Coast. Unfortunately, due to the circumstances introduced by COVID-19, we were not able to partake in these activities during the Spring 2020 semester as planned. However, with the extra time to plan volunteering events, we have found many opportunities for service in both the realms of reality and virtuality. An online resource known as Zooniverse, which gives students the opportunity to support the furthering of science from the comfort of their rooms.

In addition to the volunteering events we have planned and will proceed to execute during the next yearly cycle, we had several events for members of Pi Tau Sigma. These events consist of three subcategories being: general body meetings, social events, and partial proceeds events. General body meetings were held bi-weekly with a total of 5 meetings for both the Fall 2019 and Spring 2020 semesters. At each of these meetings, we brought in guest speakers from both industry and the university to provide the students with diverse perspectives and knowledge of possible career paths. The social events and partial proceeds (both of which there are 2 during each semester) provide opportunities for the members to interact with each other outside of an academic setting. Partial proceeds allow members to contribute financially to our chapter, to in turn supply the members with the social events and to support design projects, Pi Tau Sigma Memorabilia, etc.

Since the new panel of officers has taken over, we have seen an average attendance at meetings of 10 people (from the 2018-2019 cycle), jump up to about 25 people per meeting. To keep this value trending upwards through the next two semesters, there are a few measures that will be enacted. Primarily, we are introducing two new officer positions including a Social Chairperson and a Service Chairperson, whose jobs it will be to plan the events in each respective category. This will help to make sure these events have thorough planning and coordination, as opposed to having the other officers work together and often rush through planning.

Despite the challenges presented during these trying times, we are all very excited to continue the growth of the Delta Sigma Chapter.

Note: The officers were not made aware of the fact that pictures were to be taken at induction ceremonies, and consequently, no photos were taken. Over the next two inductions cycles, we will be sure to add photos from induction.

The Central Florida Delta Sigma chapter organized and participated in several events throughout the year. Delta Sigma organized two chapter fundraising events, one per semester. The Fall and Spring fundraisers were held as a partial proceeds event at local restaurants. The restaurants offered to give 20% of the money raised through dining back to the club. Both events were open to anyone who wanted to help support the club and invitations were sent throughout the Engineering department. Each event had a goal of 30 participants, which was met at both events thanks to members sharing about Pi Tau Sigma throughout campus. The chapter raised funds and awareness for the organization and built its credibility in the eyes of fellow engineering organizations. With participation from each member, the chapter displayed the values of Pi Tau Sigma in their involvement. These fundraisers also became excellent events for members to network with other members, as well as other engineering students, in a more casual setting. The officers for the 2018-2019 year will be maintaining the involvement of the club and all of its members in future events. Continuing the tradition from the previous year, Delta Sigma voted on the most effective professor and faculty advisor and presented them with Professor and Advisor of the year awards respectively.

Following previous years of success, the Delta Sigma chapter continued with two team building events per semester, the goal for the continued growth of comradery and friendship between members and even alumni. By engaging in a daylong, voluntary team building activity, a definite sense of community was developed and strengthened over the course of the semester. At each semester’s end, there was a noticeable communal bond between active members.

Delta Sigma has continued along its path to making its chapter more than just an honor society. The chapter has become an organization committed to Pi Tau Sigma’s ideas and acts as a community that is dedicated to academic excellence, shares their knowledge and skills with their fellow students, encourages friendship and fellowship between members, and pushes its members along with their paths to success. Increased involvement among alumni has also helped with the mentorship of current members and an increased awareness of the engineering field among current members. Resume and interview workshops were held for members’ professional development, so they are able to transition from academia to the industry smoothly.

This year, Delta Sigma has brought together its members in a close-knit community. This was achieved by encouraging members and initiates and join a group chat, where they felt free to ask questions about Pi Tau Sigma, organize study groups, and to make friends. It was found that this helped members connect names to faces and allowed them to interact more outside of meetings. This was also a great way to keep alumni connected with current members, especially as a way for new members to network with local professionals as they develop their own professional career in engineering.