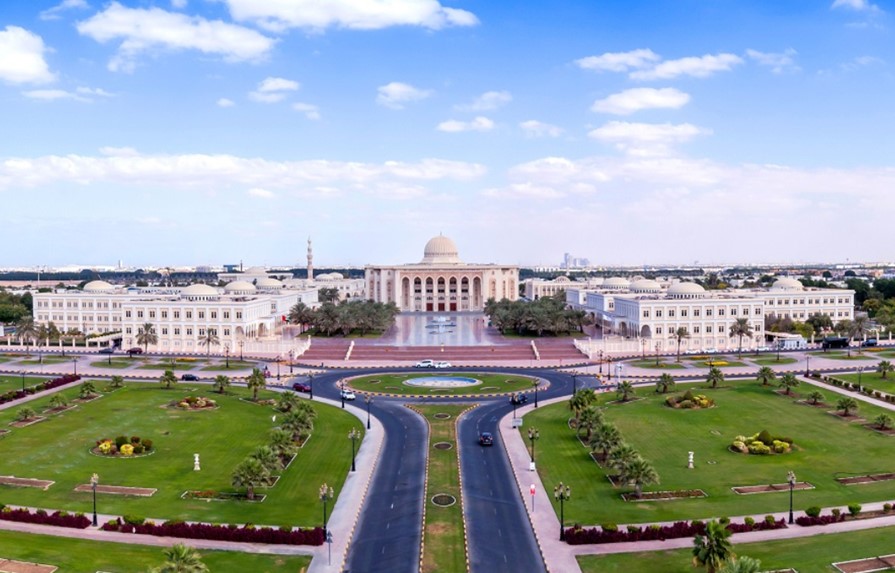 On September 20, 2017, Dr. Maen Alkhader expressed interest in forming a new charter at the American University of Sharjah. The petition for a new charter was approved on April 4, 2018. The chartering initiation was conducted by the Secretary-Treasurer, Dr. Alex Moutsoglou, on May 28, 2018 in Sharjah, United Arab Emirates.Sixteen undergraduate students and two honorary members, Dr. Mohammed Hassoun and Dr. Mostafa Elyoussef, were inducted during the ceremony. Dr. Maen Alkhader became the first advisor of the AU Sharjah Beta Xi chapter.

American University of Sharjah’s Beta Xi chapter held one initiation (Fall 2020) this year. The initiation ceremony took place on Wednesday December 24th, 2020 where we welcomed 14 new members. Later that week, the chapter conducted an election session to appoint new officers since the acting officers back then have already graduated. During the Spring 2021 semester, several events (conducted online due to COVID restrictions) were held in coordination with the ASME student chapter, especially that all newly elected officers for the AU Sharjah Beta Xi chapter were already board members of the ASME chapter of the 2020-2021 academic year. Events varied from educational sessions, movie and game nights, workshops for Inventor modelling and MATLAB, as well as collaborative sessions with RIT’s ASME chapter in India. Although these activities were not directly advertised under Pi Tau Sigma, our officers made sure the core values of the Pi Tau Sigma Society are exemplified in all of these events.