At the request of mechanical engineering students, the department submitted a petition to the National Pi Tau Sigma for the SIUE Alpha Chi to be chartered. The chartering initiation ceremony was performed on May 1, 2003, in the presence of Dr. Victor Goldschmidt, the President of Pi Tau Sigma, Dr. Majid Molki, the founding faculty advisor, a number of university administrators, faculty, and students. In that ceremony, fifteen students were inducted to membership.

Since that time, our program and students have benefited from the activities of the Honor Society in various forms. Students perform fundraising, engage in teamwork, and promote the ideals of mechanical engineering on campus and among the general public. More recently, officers of SIUE Alpha Chi were able to develop, plan, and implement a teaching day with a middle school in the area to generate engineering interest among middle school students. SIUE Alpha Chi has created a close-knit group that is willing to assist each other when the members are in need of assistance.

Since the first initiation ceremony in 2003, many members have graduated and left the school. SIUE Alpha Chi continues to attract new members and creates an environment where students practice teamwork and service to the university and society.

An initiation was held in Fall 2020 on December 4,2020. Five members were initiated on this day. In Fall 2020 our chapter did not host any events, as a result to the challenging environment that Covid 19 created. Our largest event were the Mechanical Engineering FE exam review sessions that were held in Spring 2020. This was not our first year hosting these sessions and due to past success, we decided to continue organizing the sessions for students. This year the sessions were hosted over zoom in order to ensure the safety of all participants. I do believe that the sessions being online made it slightly easier for faculty to volunteer, because it was slightly more convenient. The planning process began with sending out emails to past faculty volunteers to see if they were willing to host sessions again this year. A large handful of faculty members were willing to host sessions once again, and this alleviated a little of the pressure to find faculty members who were available to volunteer. For those of the subjects that still needed hosts, we reached out to faculty members within the department that were familiar with each of subjects. We were able to find a host for each of the sessions except for math and statistics. These subjects were especially hard to find faculty members to host them. Faculty members were then sent a google sign up document that allowed for them to list their time and date availability for hosting their respective sessions. This was done to ensure that increase the overall convenience for our volunteers. After faculty volunteers were finalized for the sessions, a google sign up document was created for students to be able to sign up for the sessions that they would like to attend. An email was sent to the head secretary of the engineering school that contained the flyer listing the session information and a sign-up link. Students were allowed to sign up for as many sessions as they would like free of charge. As a club we also offered participants the opportunity to purchase their own personal review manuals, that would be used by the faculty in the review sessions. However, purchasing these manuals was not required of the students, faculty provided participants with all of the necessary resources for them to get the knowledge that they needed out of the sessions. Attendance for the sessions started off minimal but consistent near the beginning of the series. As the sessions progressed attendance lowered drastically, and some sessions even had zero people show up. We concluded that the session attendance was directly impacted by finals and senior design project week. Students had less time to attend the sessions when they were focused on final exams. As a result of this, we are considering organizing the review sessions earlier in the semester, so that all students who are interested are able to attend. We hope to organize more events for the students next school year. 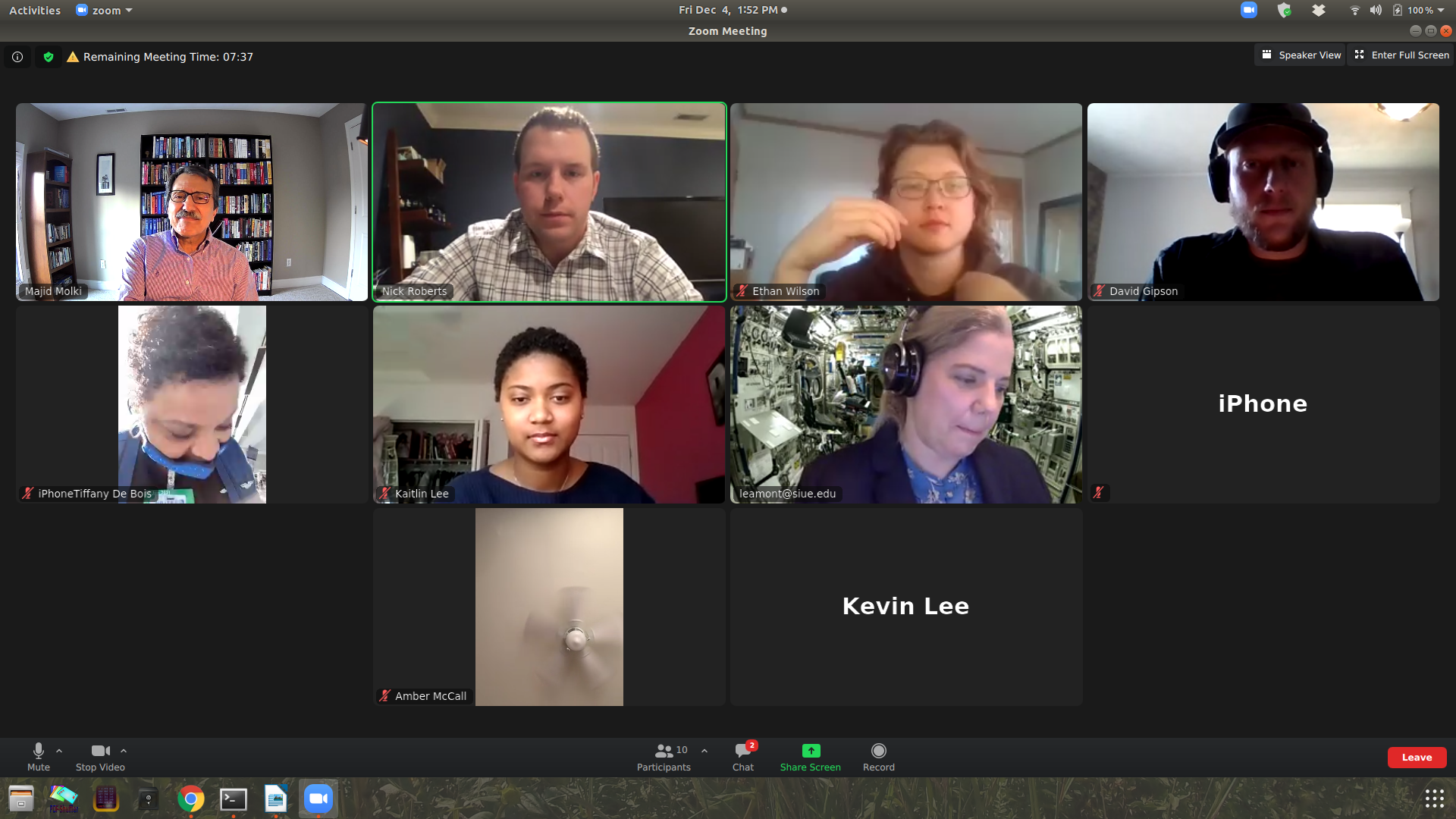 During the 2019-2020 academic year, the Alpha Chi chapter of Pi Tau Sigma held bi-monthly meetings. Four new members were inducted in the Fall, and one new member was inducted in the Spring initiation ceremonies. Our president also attended the national conference held at the Rochester Institute of Technology in Rochester, NY.  However, the majority of efforts for the Alpha Chi chapter this year were directed toward accomplishing a single goal: hosting a review series for students and alumni preparing to take the Fundamentals of Engineering exam for Mechanical Engineering. For the Mechanical Engineering series, we decided to hold sessions on Fluid Mechanics, the Mechanics of Materials, Statics, Ethics and Professional Practice, Materials Properties and Processes, Measurements Instrumentation and Controls, Computational Tools, Dynamics Kinematics and Vibrations, Mechanical Design and Analysis, Heat Transfer, Engineering Economics, Thermodynamics, and Electricity and Magnetism. The most arduous part of the process was finding 13 faculty members with the time and expertise to hold review sessions. Once this was accomplished, campus rooms were reserved and we began posting schedules advertising the review sessions, open to SIUE students and other members of the community. Because some of the sessions covered material germane to Civil Engineering students preparing for their own FE exam, we also advertised through the CE department. We also offered to help students purchase FE exam review manuals through Amazon.com. By February our review series had a schedule, speakers, room reservations, and attendees.
On the day of each session, a member of Pi Tau Sigma arrived in the classroom early to make sure the facilities were unlocked, all necessary technology was working, and the speaker had everything needed. The first four review sessions went well, with 7-8 students in attendance at each event. Then Spring Break came and along with it Illinois’ response to Covid-19. SIUE shut down campus and prohibited all travel and in-person activities to help slow the spread of the disease. The president of our chapter and our advisor quickly determined that the sessions could continue with some changes. We began working with faculty members to help them transition their review sessions online. Due to the fairly immediate nature of the transition and the general chaos of the shutdown, some sessions had to be rescheduled and re-advertised. Although attendance was lower, only one of our review sessions had to be canceled, and all professors were very generous with their time and materials to help students prepare for this important exam. We believe this series is of great service and has the potential to help many more students in future years. 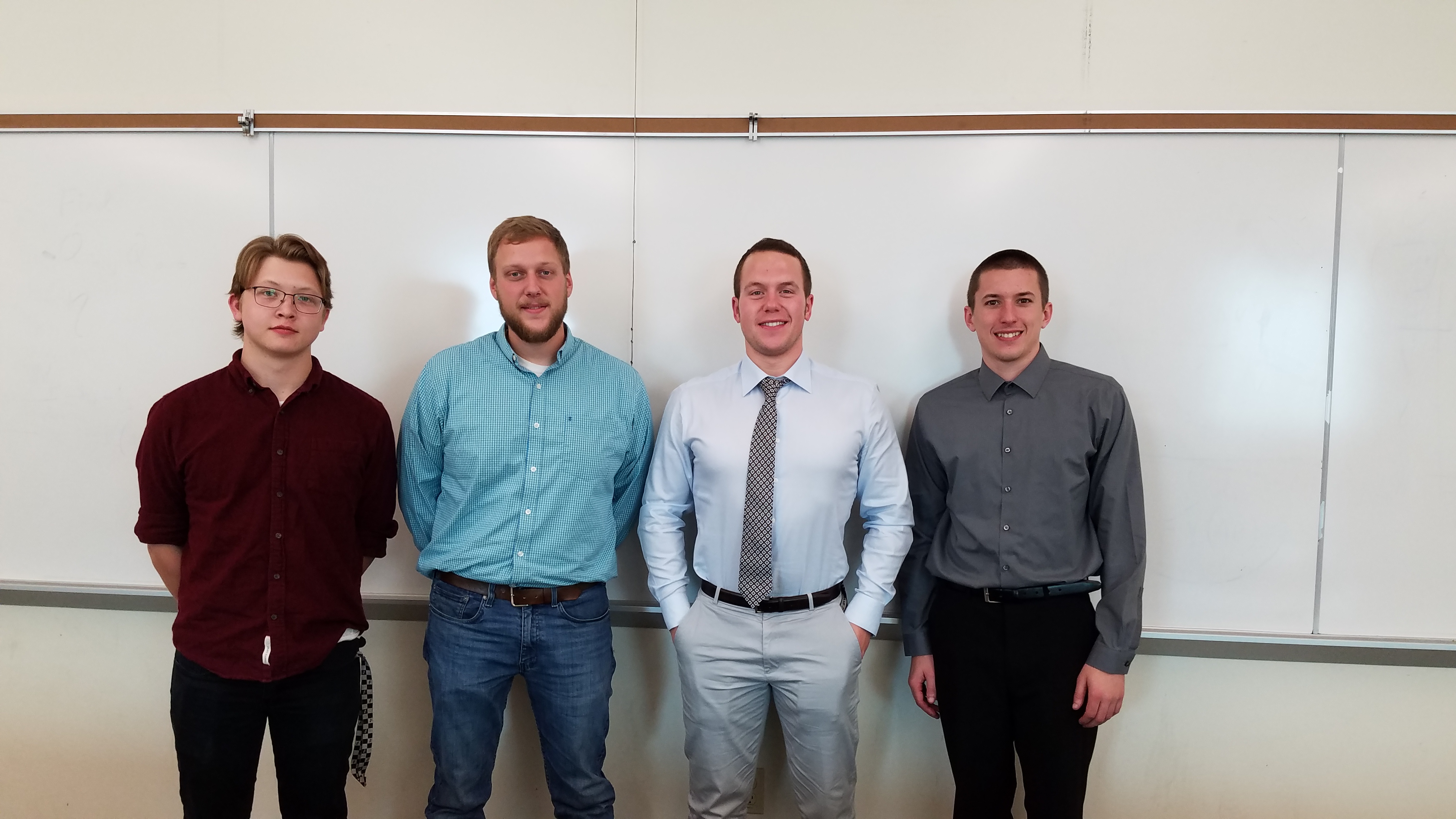 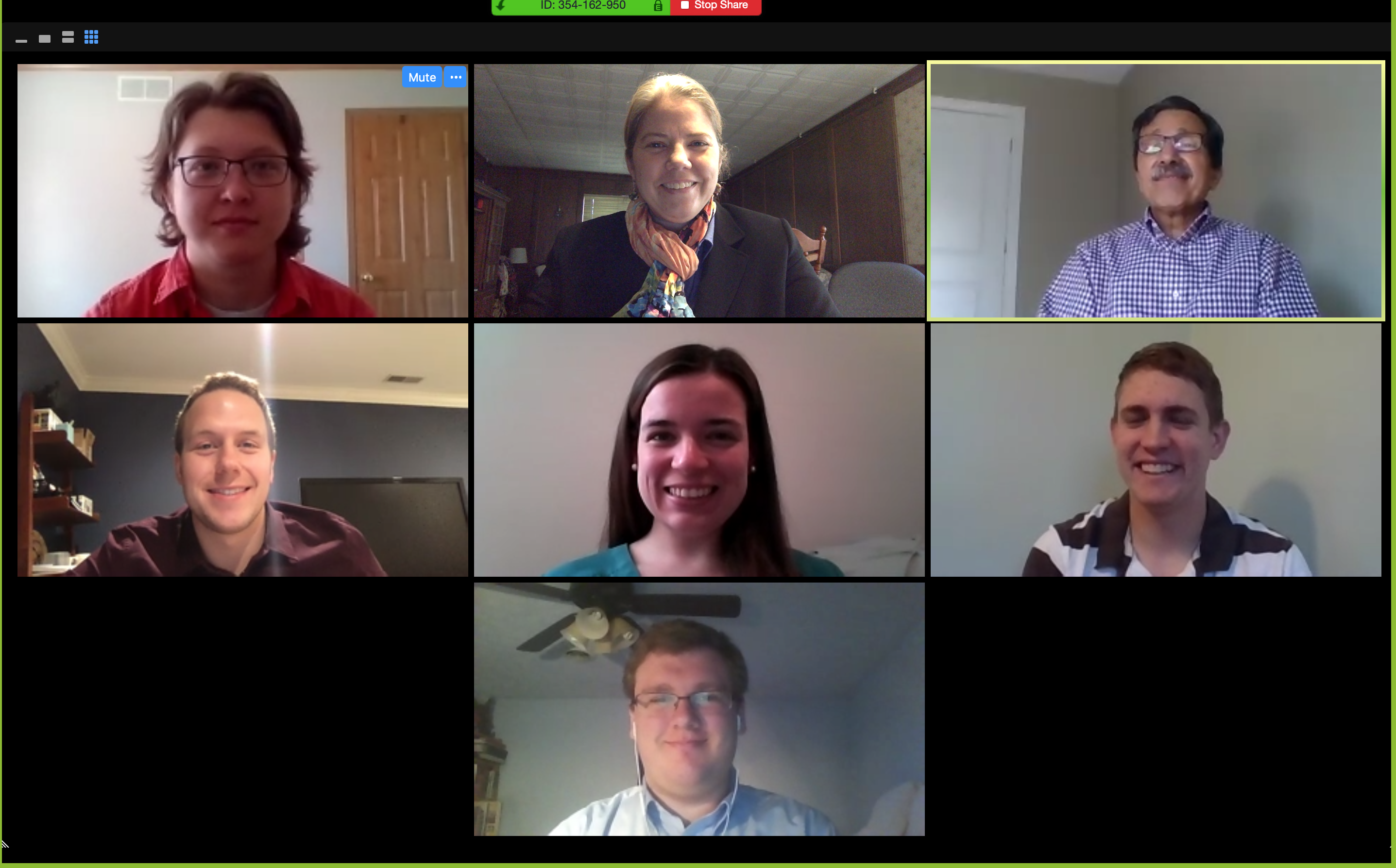 There were two initiations held through the school year, one in November 2018 and the other in April 2019. In November, we initiated 6 people. Each new member was chosen anonymously by merits in the school of engineering, as suggested by the officers then chosen by the chapter adviser. The ceremony began with welcoming everyone and then began of the ritual. Each initiate pledged to the society to uphold its values and merits. Afterward, initiates were given their membership cards and certificates, then signed their names in the chapter handbook. From there they were gathered for a picture with the chapter adviser, then enjoyed pizza and soft drinks as we socialized.

In April, we initiated 4 people. The event began with introductions and then we got right to the ritual. Everyone pledged and then received their membership cards and certificates. We took a group photo and then had pizza and soft drinks while we socialized.

This school year, we held two events with a local middle school in Bethalto, Illinois. The first visit was in December 2018. Here are some photos from that event:

For both events, we gathered several members of the chapter together to talk about engineering and technology, often with examples (in April we brought a mini drone as well as a heat sink). We answered a LOT of questions that the kids were really into. We also had mini projects that they could work on, like creating mini catapults out of crafting materials and paper airplanes, all to compare who had the best designs. The students all had a very fun time and got to learn about many different aspects of engineering and teamwork.

In the academic year of 2017-2018 we held two initiations one of which happened in December and the other in April. We recruited total amount of 8 members, where 1 of them was recruited in December the rest in April. I would like to mention that; the ongoing honor society scams affected our efforts in Fall 2017 drastically and made our colleagues think that, someone is sending false emails by using our Presidents account. However, those emails were the invitation letters sent by our President to the nominees.

Initiation ceremonies were held professionally and with respect to the bylaws of our society. While we were embracing our newest sisters and brothers, we made sure they understand the responsibility of carrying our banner. Furthermore, we held an election during the spring initiation and elected new governing body for our chapter. The transition had happened smoothly, and the new body is more than enough to carry both our chapter and society further.

In this academic year, our chapter hosted 2 high school education sessions and 1 fundraising to fund these sessions. Also, our President Mr. Erim Yanik represented our chapter during the national convention.

In Fall 2017, we visited a high school named Trinity Lutheran School. Our purpose was to introduce Mechanical Engineering as a fun and entertaining discipline while teaching the students some basics of engineering. To do that, we decided to let them construct model roller coaster. In order to achieve our goal, we decided to do a fundraising. After obtaining the required permissions we tabled on campus and hosted the event we named “Pi Tau Pizza” where the students could buy a pizza and get information about our society, who we are and what we do. With the raised funds, we bought necessary equipment spent a day at the school where we introduced Mechanical Engineering as a discipline and taught the students what kinetic and potential energy are so that they could construct their own roller coasters. The students were divided into groups and the objects were priced with certain amounts. Each group were limited with the same budget while constructing at least 1 flip and starting from a certain height. Furthermore, they were asked to stop the object provided at the end of the coaster without an external impact so that the design could be realistic. Overall, it was a very productive day for both our members and the students.

In Spring 2018, we visited another school, West Lincoln Broadwell, and spoke with the junior high about mechanical engineering and SIUE. The classes were broken down into teams again to work on a stem project in which the student needed to build a roller coaster with pipe insulation and a marble. The students were required to record the height change of the track. The students then applied the conservation of energy equation to calculate the exit speed of their roller coaster. The designs were then judged on safety, reliability, and practicality so a final design could be selected.